Past, Present, and Future: What Is Inbound Sales? 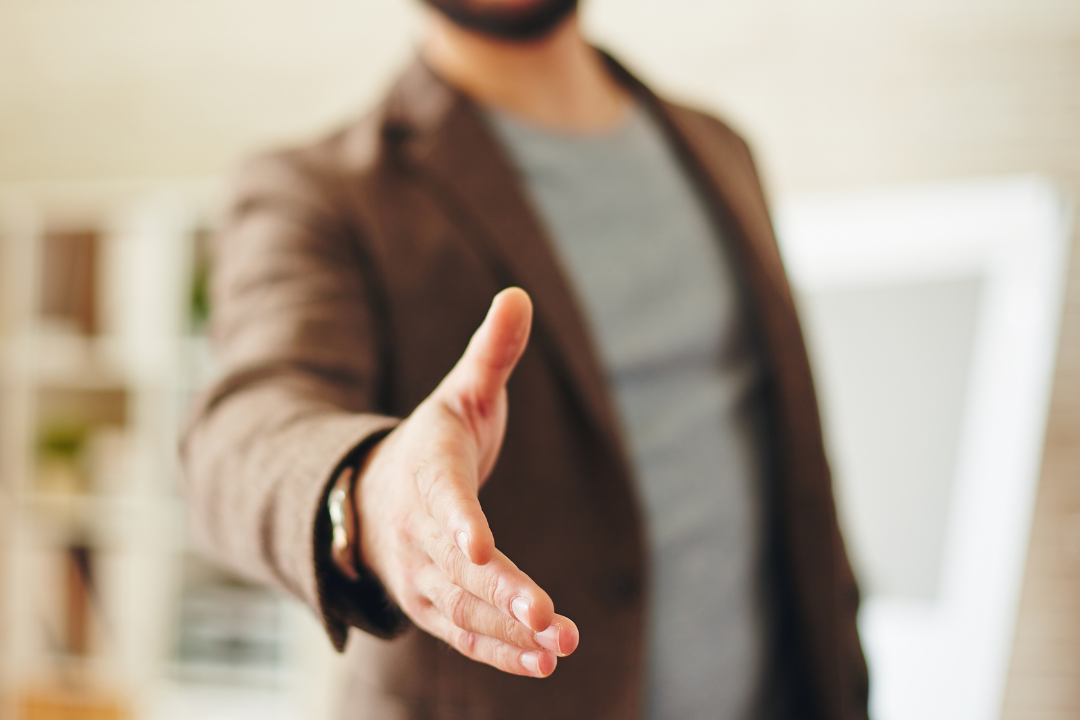 What Is Inbound Marketing?

CEOs are often challenged with buzz phrases and key terminology in the sales world. Such is the case with the rise in prominence of inbound sales, a term still relatively new to a number of founders who are adept at outbound sales.

The truth is that some CEOs are still struggling to realize that COVID-19 forever changed how buyers buy in the B2B space. Outside, face-to-face sales became non-existent, buyers had new pandemic-related challenges arise, and they rushed to the internet to find out how to solve their problems.

With this, companies that were set up to capitalize on those search engine inquiries, through SEO and SEM, began to receive an influx of inbound leads. Buyers want to find educational, proven resources on your website and qualify themselves as prospective buyers. Inbound leads have soared and inbound sales teams, with a winning inbound sales playbook, are more important than ever.

While the world of inbound marketing is fairly well known, that’s not necessarily the case with inbound sales. In this post, we will discuss inbound sales in terms of past, present, and future growth to help CEOs understand how to leverage the concept for their sales organization.

What Is Inbound Sales?

Inbound sales is a modern approach to selling that requires the salesperson to strongly align with the buying style of the interested party. Engaging how and when your prospect wants to is the key to moving them through the buying process. Whereas outbound sales was led by the seller’s agenda, inbound is led by the buyer’s agenda.

It’s crucial to remember that inbound sales is not a set it and forget it strategy. Depending on where the buyer is in their journey at the time they become a lead, they may need to be nurtured through the process — by both the marketing and sales teams — and be given relevant and timely information that will keep them engaged until they are ready to make a buying decision.

Why Does Inbound Sales Matter?

From a cost and budget perspective, salespeople are expensive, and even more expensive when we think of how much they get paid to make phone calls and send emails. From a CEO’s perspective, Inbound is a methodology that allows deals, which are further along in the funnel, to the closing process more quickly. In other words, it should support speed-to-close, whether the seller is the CEO or a salesperson. We haven’t found a CEO yet that didn’t want to shorten their sales cycle!

Inbound sales is one of the most important elements of a winning, holistic sales strategy. It seamlessly aligns with the overall Inbound methodology, which is a combination of inbound marketing and inbound sales.

Inbound sales is vital when building long-lasting revenue funnels that help clients scale over time, not just grow. This process drives a significant amount of inbound leads through marketing, and the inbound sales role is essential in fielding those leads, responding quickly, qualifying them, and moving them through the sales process, whether that is something they complete themselves or hand off to an internal sales team member.

As the buyer’s journey has evolved, so has the concept of inbound sales. Let’s take a look at the past, present, and future of inbound sales to reveal its true importance in scaling revenue.

Historically, there was little separation between inbound and outbound sales, as it relates to how teams were formed. In the late 1990s and early 2000s, most sales teams had one role — the salesperson. That salesperson was responsible for building a prospect list, networking, prospecting, generating leads, responding to inbound leads, qualifying leads and progressing them into pipeline opportunities, and eventually winning new business.

With the surge of tech SaaS companies between 2000-2010, a new model was born. By 2020, it appeared that every sales organization had adopted — or at the very least considered — a multi-layer sales team of BDRs/SDRs who focused on either inbound or outbound lead generation or qualification, and then handed off leads to an inside sales rep, outside sales rep, or account executive to close.

The SDR model, in which a rep handles the inbound leads and then passes them an AE or other rep, has taken over sales organizations and there are pros and cons to the model. At first, it seemed this was the go-to model. But over the past decade, some organizations have realized that separating the sales function like this may cause headaches and unnecessary friction for the buyer.

Hand-offs, if not done correctly, may cause the buyer to repeat themselves and rebuild a relationship with the brand, representative, and company, essentially forcing them to restart their buyer’s journey.

Whereas some organizations are starting to reevaluate their sales organization structure and consolidate their SDR and AE role back into full-cycle sales, it does not change the need for a winning inbound sales process and methodology. It just changes who is handling the inbound sales functionality.

When the inbound methodology is built and operating correctly, marketing drives significant qualified leads for the sales team and inbound sales is the act of quickly engaging with those leads, qualifying them, and progressing them along their buying journey, meeting them where they are in the buying process, and progressing them to a buying decision.

Inbound sales, whether separated between two or more sales roles or consolidated into one, is vital for scaling revenue now and in the future. Take these two scenarios as examples:

A small professional services firm may have recently built their inbound marketing engine and the qualified leads are sent directly to the founder or CEO who is responsible for all facets of business development and sales for their company. Best practices for inbound sales in this scenario include:

As these firms grow, founders and CEOs may struggle to create boundaries for their first sales hires, when they decide to hire. Commonly, they choose to continue to work the inbound leads and require the salespeople to generate 100% of their own leads. This causes extreme frustration and friction with salespeople. Our recommendation is to supercharge your inbound marketing funnel before hiring your first salesperson so they always have a full calendar of qualified meetings, which will save hundreds of thousands of dollars, if not millions, over time.

An established organization that has a small to medium-sized sales team, established inbound methodology, consistent lead flow, and multiple sales roles might allow inbound leads to be qualified by a BDR/SDR team as a level 1 role.

We have seen some sales organizations believe that inbound leads are easier to work than outbound prospecting. Though there is a level of simplicity since the lead enters the funnel on their own rather than through time-consuming manual prospecting, inbound leads are anything but simple for one major reason — competition.

If an inbound lead comes through to your organization, chances are they are also an inbound lead to another organization too, if not three, four, or five of your competitors. Additionally, inbound leads seem to be further down the funnel of their buying journey. They’ve passed through the awareness stage and are likely in the consideration or decision stage.

Having a level 1 BDR/SR qualify an inbound lead who is ready to make a buying decision in a highly competitive scenario is not the right approach. This is where using a tool like predictive lead scoring, a part of HubSpot Marketing Enterprise, helps teams know who on the team should respond.

These companies are in two drastically different positions, but the need for inbound sales remains constant.

What Happens After the Lead?

When an inbound marketing campaign has successfully created a qualified lead, this is where the real work of the inbound sales team begins. Part of the magic in scaling revenue lies in the details of responding to inbound leads.

The revenue engine is built on the inbound methodology, and if you don’t set up the process to respond quickly and powerfully to the leads, it’s almost pointless to set up the engine in the first place.

If you’ve heard these rumblings in your organization, you must address the problem with the marketing team. Your marketing team should generate leads so strong that your sales team never has to prospect again.

Inbound sales has evolved, and here at House of Revenue, we believe the full-cycle sales rep is making a return as many sales organizations consider shifting away from the BDR/SDR model. However, we also believe there is a place and time for BDR/SDRs, when there is a heavy focus on outbound, or when this role helps groom talent for future ISR, OSR, and AE roles for fast scaling companies.

As a CEO, you shouldn’t be forced to build this inbound engine alone. Book a meeting with House of Revenue today to begin building your inbound sales process.

Inbound Sales For CEOs For CROs

What Is Inbound Marketing?

4 Keys to Success in Your B2B Retention Marketing Efforts

What Is Revenue Economics, and How Does it Help Companies Scale?